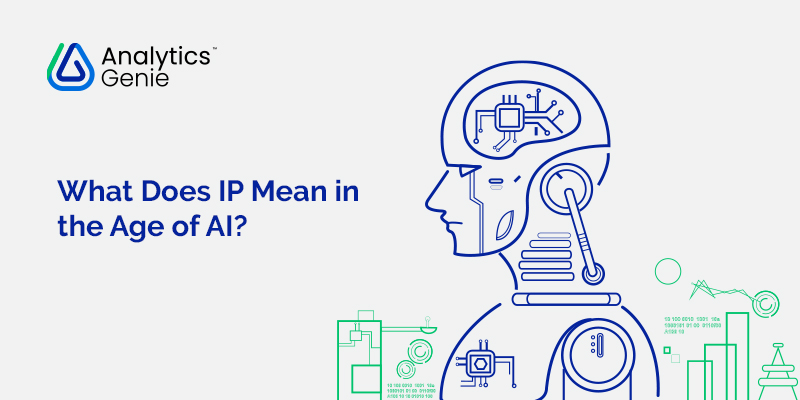 What Does IP Mean in the Age of AI?

The fast pace of innovation, the need to build on existing data for machine learning and the distributed nature of AI lifecycle raise questions of the need for IP in the digital age. But without patents, fear of theft of ideas will dampen innovation

Many entrepreneurs either are not aware about the importance of protecting their ideas and inventions or do not know how to.

Intellectual property, also known as IP, is of four types:

There is much debate about the need for patents itself in the digital age because of the speed of inventions and the fear of those who have the wherewithal strangling innovation by smaller companies or individuals. But without patents, the fear of ideas being stolen would cause these very individuals and entrepreneurs to never exposing their ideas to the world and could lead to lowered efforts in innovation and discovery.

With a patent, businesses can experience many benefits such as:

The age of artificial intelligence began in the 1950s, according to a World Intellectual Property Organization (WIPO) report released in 2019, and patents for 340,000 AI-related inventions have been filed by innovators and researchers while more than 1.6 million scientific publications have been published. AI-related patenting is also catching up fast, with more than half of the identified inventions having been published since 2013. Companies with specialization and expertise in the field account for a large number of patent applications.

The AI technologies patents are categorized under three main schemes:

• AI techniques such as fuzzy logic, machine learning, and expert systems that use advanced statistical and mathematical models that enable computation of tasks performed by humans

• AI functional applications such as computer vision or speech

• AI application fields or functional areas such as life and medical sciences, transportation, and agriculture

Among the functional areas, computer vision accounts for 49 percent of all AI-related patents and between 2013 and 16, grew by 24 percent. Natural Language Processing and (14 percent) and speech processing (13 percent) came in second and third.

Patents for AI in transportation and telecommunication accounted for the highest at 15 percent each and medical sciences, 12 percent. Transportation, agriculture, and computing in government saw the number of patents in AI increasing annually at 30 percent between 2013 and 2016.

The top 26 of the top 30 applicants were from consumer electronics, telecommunications and/or software industries, followed by electric utility and automobile.

While Japan had the highest number of first patent filings in AI in the early 1980s, China have overtaken since 2014 followed by the US.

Among AI techniques, deep learning is the most popular experiencing 175 percent increase between 2013 and 2016.

Protecting IP in the New Age

In the digital economy, it is not clear how well trade secrets and patents protect data and requires regulatory authorities to examine data protection and fine tune regulations. It will have to address questions such as the implications of using copyrighted data into an AI algorithm for learning. What will the impact of a restriction in such a case be and, more importantly, how can it be assessed whether copyrighted data was used in a deep learning algorithm. So a careful examination of the desired outcomes and the arrangements that need to be in place to achieve them becomes important.

Enforcing patent laws could become a challenge. As the AI evolves, who will be responsible for the data it uses in the unforeseeable future? Considering the number of entities involved in an AI lifecycle from development to training and so on, this again divides the responsibilities and makes infringement both hard to detect and hard to control.

Since machine learning is a critical part of AI-based analytics and the learning depends on the input data, questions about should the patents be renewed every time the algorithm undergoes a change also arises.

To Patent or Not?

It may seem like an effort, it is definitely a cost, and it can be reverse engineered. So, does it make it worth the effort to go through the process and wait of patenting?

All leading businesses such as Google, Amazon and Facebook have patented their AI-algorithms that fuel their business and provide them with a cutting edge over the competition. If an AI algorithm is distinct and infringement detectable, then patenting will prove beneficial in more ways than one. In case there is a doubt about its patentability, trade secret or copyright is an alternative that can also be opted for. In this age where even a small differentiator can make or break a business, a patent also enhances the brand image, thereby increasing market worth and reach.